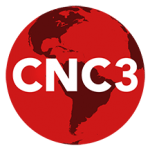 A High Court Judge was this morning forced to adjourn the hearing of a corruption case involving a 47-year-old Chinese woman, who was allowed to return Trinidad on Saturday, before this country’s 14-day travel restrictions over the ongoing global coronavirus outbreak, took effect.

Yan Fang Hong was scheduled to appear before High Court Judge Hayden St Clair-Douglas at the Hall of Justice in Port-of-Spain yesterday morning for the continuation of her case for attempting to bribe a police officer in 2007.

However, when the case was called, St Clair-Douglas informed the court that because of international reports on the coronavirus he had instructed the Supreme Court Registrar to ask Hong’s attorneys for her not to attend.

St Clair-Douglas then adjourned the case to March 2.

Guardian Media understands that Hong, who has been on bail since being charged over a decade ago, was granted permission to return to China to spend Christmas with her children.

Before Hong left China, last Thursday, her local attorneys led by Rajiv Persad contacted the Immigration Division to find out whether she would be permitted to enter the country.

At the time, the immigration officials allegedly claimed that they had not received any official directive on the travel restrictions, which were announced by Health Minister Terrance Deyalsingh at the post-Cabinet press briefing, last Thursday.

Hong arrived at the Piarco International Airport on a Caribbean Airlines flight from New York, around 9 pm on Saturday night.

Sources said that she was initially screened and cleared at the John F Kennedy (JFK) International Airport in New York before being allowed to board a connecting flight to Trinidad.

When the woman reportedly arrived in Trinidad, she was screened once again and did not show any symptoms. She was then allowed to leave with one of her attorneys, who came to the airport to obtain documents, which would have been necessary if she (Hong) was denied entry and missed her scheduled court appearance before St Clair-Douglas.

Hong is facing a charge under the Prevention of Corruption Act for bribing a police officer on April 5, 2007.

Hong was at a casino in Princes Town, which she managed, when police raided the business for having 40 more gambling machines than permitted in its licence.

She allegedly offered a senior officer a $10,000 to forgo prosecuting the offence but was instead arrested and charged for corruption.

According to a World Health Organisation (WHO) situation report published on Tuesday, there are 20,630 confirmed cases globally.

There have been 159 confirmed cases in 23 other countries with one resulting in death.

Organiser: Soca Raff Up 2020 was safe

Man gunned down in Carenage

Man gunned down in Carenage

Bavita Gopaulchan - February 18, 2020 0
Workers of the Lake Asphalt Company are warning the People's National Movement (PNM) Administration that it will lose the La Brea seat, if something...